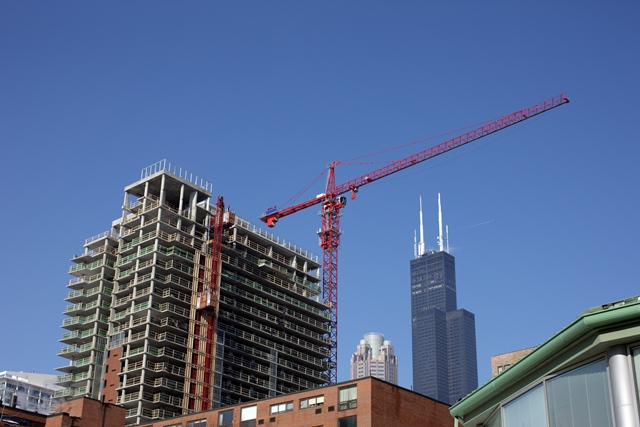 If you have not yet heard of Qualified Opportunity Zones (O-Zones), you will soon. Created as part of the recent Tax Cuts and Jobs Act, O-Zone benefits are meant to spur economic growth through new development and investment in low income communities.

The Treasury Department has already certified thousands of O-Zones. In the Chicago area, some interesting zones for new development can be found (i) west of Fulton Market and north of the United Center; (ii) south of Roosevelt from Racine to Western, including much of the Illinois Medical District; and (iii) south of Cermak Road in the vicinity of McCormick Place and the old Michael Reese Hospital site. An interactive map of designated O-Zones can be found at www.cdfifund.gov/pages/opportunity-zones.aspx.

What are the Benefits of an O-Zone Investment?

The amount of gain that can be deferred is limited to the amount of cash invested in the O-Zone investment. Taxpayers do not have to reinvest all proceeds of sale in an O-Zone property, just an amount equal to the gain on sale. If a taxpayer elects to reinvest less than all of the gain on the old investment, the taxpayer can still qualify for deferral of the portion of the gain reinvested.

How Are O-Zone Investments Made?

Because this is an incentive for new investment, the acquisition of existing improved real estate is not likely to qualify unless the real estate has been substantially improved within 30 months of purchase, which means making improvements to the property in an amount at least equal to its original cost (for example, new property purchased for $3 million would qualify if at least $3 million in improvements are made within 30 months).

As mentioned, the new O-Zone investment must be made in an O-Zone Fund within 180 days of the sale of the old investment. Timing rules may permit the O-Zone Fund more time to actually purchase qualifying O-Zone property.

How Are O-Zone Investments Structured?

The new Tax Act says that O-Zone investments must be made by a qualified opportunity fund (O-Zone Fund).

O-Zone investments can technically be made right now. However, there are many unanswered questions and, as with much of the recent Tax Act, technical guidance is needed from the Internal Revenue Service on how to apply the new rules. Among the many open questions are some pretty fundamental ones, such as whether a partner can defer his or her share of gain (or does the same partnership that sold the old investment have to make the new investment, as with a Section 1031 like-kind exchange). It is expected that such guidance will come late in 2018.

The tax code is replete with incentives that, in the end, have not been successful in transforming distressed communities. But the new O-Zone rules contain powerful incentives that can make individual projects in those communities more viable by increasing the availability of capital and lowering its cost. Developers with O-Zone projects in mind may specifically seek capital from investors with large gains to defer. Traditional real estate syndicators may well see a niche in serving as a conduit for investors who wish to deploy rollover capital into qualifying O-Zone investments.

The information contained in this note is highly abbreviated and omits important details. Readers should not rely upon this note as a substitute for professional tax advice.