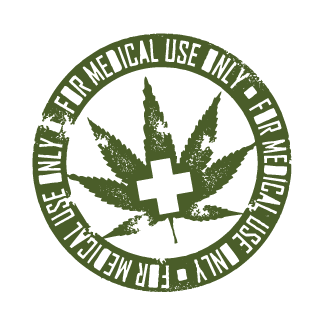 Under Federal law, marijuana remains an illegal substance with stiff criminal penalties for using, growing or transporting marijuana. The friction between Federal and State law is an area of concern for those using medical or recreational cannabis, especially given the Trump administration’s recent comments on the issue. Thus the legal question remains: does a person authorized to use medical cannabis under State law receive Federal law protection, such as the Federal Fair Housing Act (“FHA”) (assuming they are disabled), since Federal law still classifies marijuana as an illegal substance? While this article will not focus on the State/Federal interplay of laws, it should be noted that some states have similar protections as those contained in the FHA that might give similar rights to users of medical marijuana.

Notwithstanding the current questions about the current administration's position on marijuana use, many believe that the national trend is an expansion of individuals' rights to use marijuana, whether for medical or recreational purposes. For now, marijuana use is legal in Illinois only for medical use by persons authorized under the Medical Cannabis Act.

So given medical marijuana use is currently allowed by statute in Illinois, what does this mean for a community association when medical marijuana smoke transmits to other units or the common elements and becomes a nuisance to other residents? Must the board allow authorized individuals with a medical need to smoke medical marijuana whenever and wherever they choose?

The answer to that question is “no.” The basic rule of thumb is that while medical cannabis use is not criminalized in Illinois, that does not mean people authorized to use medical cannabis have an unencumbered right to ‘light up’ without concern for the association’s governing documents, which likely prohibit noxious and offensive activities. In fact, while the Medical Cannabis Act prohibits discrimination against medical marijuana users, the law itself states that marijuana users do not have a right to smoke in any place they choose. Medical marijuana registry card holders must still comply with the association’s governing documents or be subject to applicable association remedies.

So what can a community association do to address medical marijuana smoke issues?

Violations of provisions of the Declaration or By-law or rules and regulations subject medical marijuana registry card holders to association remedies, which generally include fines and/or mandatory injunctive relief. Smokers should also be advised that section 9.2 of the Illinois Condominium Property Act allows the association to recover its attorneys’ fees and costs for violations of the governing documents.

Three methods by which medical marijuana smoke use can be addressed in a community association are as follows:

A provision contained in most Declarations requires compliance with applicable laws. In the Medical Cannabis Act itself, smoking marijuana anywhere a person could be reasonably observed by others, or in close proximity to anyone under the age of 18, is prohibited. Accordingly, any individual smoking in the common elements/areas of an association would be in violation of the Medical Cannabis Act and, consequently, in violation of the Declaration as well.

Additionally, the Declaration or By-laws could be amended to prohibit all smoking in units and the common elements without violating a medical marijuana users rights, since there are many options for individuals to use medical cannabis in their units besides smoking, ranging from edibles, topical preparation or even vaporization (which involves heating the marijuana to a high temperature, releasing the active ingredient as a vapor which is then inhaled). Therefore, individuals allowed to use medical cannabis in their units have alternatives to ingest the cannabis via methods besides smoking and thus, the association may prohibit smoking in all its forms if properly approved by the unit owners as an amendment to the Declaration or By-laws.

Most Declarations contain a use and occupancy provision against noxious or offensive activities prohibiting occupants, guests and invitees from engaging in an activity that causes a nuisance to others.

Unlike a complete smoking ban via a Declaration or By-law amendment, both the Illinois Condominium Property Act and most Declarations allow community association boards to adopt rules and regulations. While medical marijuana registry card holders may smoke in their units, if the smoke emanates from their unit, they may be subject to the same rules for smoke mitigation as tobacco smokers including the requirements to seal their unit and use air filtration systems.

As such, it’s more likely than not that marijuana use will continue to proliferate within Illinois. Community association boards must balance the rights of those individuals who use marijuana for medical purposes with the comfort, health and safety of those other occupants within the association.

Reprinted with permission of MCD MEIDA / For more information on CondoLifestyles… Please visit www.condolifestyles.net or call 630-932-5551.