Impact of COVID-19 on ESOP Administration 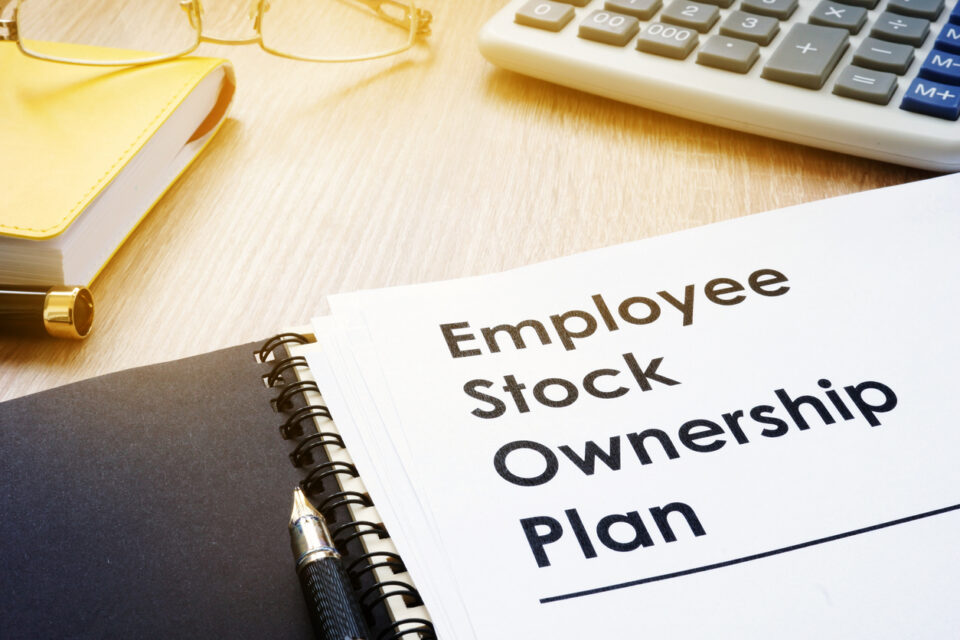 The COVID-19 pandemic has had a significant impact on most, if not all, of our clients, with many businesses needing to close their doors to comply with the local, state, and federal government responses to the pandemic. A company, like yours, that sponsors an employee stock ownership plan (“ESOP”), faces various issues unique to ESOPs that need to be considered in administering the ESOP both during and after the pandemic.

Several of our ESOP clients have already contacted us with various questions about administering their ESOPs during this crisis. As a result, we wanted to provide all of our ESOP clients with a summary of some of these issues that should be discussed among your management team, your board of directors and your ESOP trustee(s) as you navigate your ESOP-owned company through this pandemic.

The COVID-19 pandemic’s impact on ESOP stock valuation has become a particularly hot topic in the ESOP community over the past several months. ESOP companies are required to have their shares appraised as of the plan’s year-end for administrative purposes, which for most ESOP companies that value their stock annually was December 31, 2019. That appraised value would typically dictate the share price for transactions occurring over the following plan year, including determining the value of shares allocated to plan participants as a result of ESOP loan payments during the prior plan year and distributions and diversification elections made during the plan year.

However, we are now living in a world that is VERY different from December 31, 2019, and the full economic ramifications of the COVID-19 pandemic have yet to be realized. This presents a critical administrative issue for many ESOPs if the 2020 stock allocations, plan distributions, and diversification elections are based on the December 31, 2019 stock valuation that does not take the effects of COVID-19 into account.

Many of our ESOP clients have already asked us if their December 31, 2019, ESOP valuation can be revisited to consider the effect of COVID-19 on the value of the company. The short answer is no. The reason for this is because the standards governing the appraisers that value ESOP stock dictates that when estimating a private company’s value, an appraiser can only consider the information regarding the company and market data that was known or knowable as of the established date of the valuation.

Assuming the ESOP plan document already allows for interim stock valuation or is subsequently amended to allow it, the Plan Administrator and ESOP trustee(s) must carefully consider whether to do an updated mid-year stock valuation. There should be compelling reasons, such as canceled or suspended contracts, significant layoffs, a substantial decline in cash flow, or solvency concerns. Merely suspecting that your company’s value has been impaired since the year-end appraisal may not be enough. If the decision is made to conduct an interim valuation, then the interim valuation must consider all facts known or knowable as of the interim valuation date, which certainly would include the impact of COVID-19.

If the ESOP Plan Administrator elects to conduct an interim valuation, the next question would be what the new valuation date should be. There is still a great deal of uncertainty about what the future holds, the stock market continues to be wildly volatile, and it is difficult to know when and how these guideline company values will settle. Company forecasts and budgets for 2020 and beyond prepared in December or January are almost certainly out the window now, but it may still be too soon to know to what extent they should be revised. Because of the current uncertainty, an ESOP company electing to conduct interim valuations should wait to choose an interim valuation date when they will have a better understanding of how revenue and earnings are tracking and markets have settled, especially since the economy is beginning to open again in many states across the country.

Modification of ESOP Distribution Policies as a Result of COVID-19

The events which trigger a right of an ESOP participant to receive a distribution of their ESOP account balances is the death or disability of the participant, the participant’s attainment of a “normal retirement age” (specified in the ESOP plan document and is most often age 65) and the participant’s termination of employment with the company sponsoring the ESOP (whether voluntary or involuntary). Also, a participant may elect to defer the distribution of their ESOP account balances even though they may otherwise be eligible to receive distributions from an ESOP. However, an ESOP may provide that distribution must begin by normal retirement age (or later termination) and if it does not require commencement then, the law requires distribution to begin the calendar year after the attainment of age 72. 2

The specific rules governing ESOPs require that participants eligible for distribution be permitted to elect to take a distribution from the ESOP no later than one (1) year after the participant retires, dies or becomes disabled or the fifth (5th) year following the plan year in which the participant ceases to be employed by the company sponsoring the ESOP for any other reason. Once a participant is eligible and elects to receive a distribution of their ESOP account balances (or is otherwise required to take a distribution from the ESOP), their ESOP account balances may either be distributed in one lump sum or distributed in installments over a period generally not exceeding five (5) years (or even longer for very large balances). The ESOP plan document must specify when distributions should commence as well as how they are paid.

Many of our ESOP clients have already asked us if their current distribution policies can be revisited to consider the effect of COVID-19. While qualified plans are generally subject to strict limitations on making distribution options less favorable to participants, ESOPs are allowed more flexibility if the changes are “non-discriminatory.” Therefore, an ESOP company that may be facing liquidity constraints due to the downturn of their business should be able to modify their ESOP distribution policies for 2020 and beyond, as long as the changes are non-discriminatory.

Large-scale reductions in force may have unintended consequences for your ESOP. Under the tax code, a “partial plan termination” occurs when there is a sharp decline in the number of participants in a retirement plan. Whether a plan experiences a partial termination is a question of facts and circumstances. However, the IRS has indicated that there is a rebuttable presumption that a partial termination will have occurred if the plan sponsor terminates at least 20% of a plan’s participants from employment within a specific period.

If the plan sponsor cannot provide sufficient evidence to show that the turnover rate was routine or was not the result of employer-initiated severance from employment, the presumption of a partial termination will stand. The participants who are terminated by the plan sponsor during the partial termination “measurement period” (and potentially including those who voluntarily terminated during the partial termination “measurement period”), must be fully vested in their account balance on the date of the partial plan termination for the plan to continue to be qualified under the Code. The IRS has not yet issued any guidance about whether an exception may be carved out for layoffs or furloughs resulting from the COVID-19 situation. However, if a layoff or furlough of employees is temporary and the affected employees resume active participation in the plan, those employees should not count toward determining whether a partial plan termination has occurred.

In addition to the issues discussed above, ESOP plan sponsors and fiduciaries may need to consider many other ESOP administration issues, including the effect of employee headcount reductions on ESOP loan amortization requirements (i.e., if ESOP stock remains leveraged), potential investment changes in connection with the ESOP’s other investments account which is not invested in ESOP company stock and furlough and leave of absence issues under existing plan provisions including allocation of future contributions. Also, for ESOP companies which are S corporations, the plan sponsor needs to consider the effect the potential reduction of stock on compliance with Section 409(p) testing requirements.

2 Before January 1, 2020 this was age 70 ½. The CARES Act waives all 2020 RMDs from defined contribution plans. That waiver includes initial payments to participants who turned age 70½ in 2019 and who did not take their initial RMD last year because they had a grace period until April 1, 2020. Employers can immediately implement the provisions provided by the CARES Act but generally have until the end of the first plan year beginning on or after January 1, 2022 to amend their plans for this relief.