The Protocol is Breaking Down 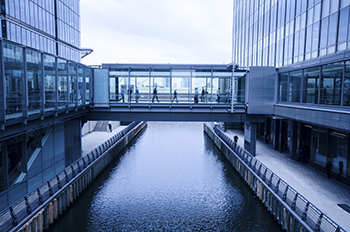 How Morgan Stanley, UBS and Citigroup's exits from the Protocol for Broker Recruiting is creating a more litigious environment.

In 2004, in order to stem the tide of litigation over departing financial advisors (“FA”) and transfer of customer accounts, and to accommodate customer choice with regard to financial advisory services, Citigroup Global Markets Inc. (“Citigroup”), Merrill Lynch, Pierce, Fenner & Smith Incorporated, and UBS Financial Services Inc. (“UBS”) entered the Protocol for Broker Recruiting (the “Protocol”). Assuming the departing FA followed the Protocol’s procedures, the Protocol allowed FAs to transfer to another Protocol firm and solicit their former customers without risk of lawsuit over non-solicitation agreements. In doing so, the Protocol served the goal of freedom of customer choice baked into FINRA Rules.

Since 2004, hundreds of financial advisory firms have joined the Protocol, including many of the largest wire houses in the country such as Morgan Stanley, generally facilitating smooth transition of both FAs and customers from firm to firm. Just weeks ago, however, news broke that UBS, an original signatory, and Morgan Stanley were withdrawing from the Protocol.  Weeks later, Citigroup announced it too was exiting the Protocol.

This sent a shockwave across the industry, leaving many to ask:

(1) should we expect the highly litigious environment of the past to become the norm again, and

(2) what will this do to FA recruitment and customer choice?

As noted above, the Protocol is intended to “‘further the clients’ interests of privacy and freedom of choice in connection with the movement of their Registered Representatives (“RRs”).” This is accomplished by permitting a departing RR to take only his or her name, address, phone number, email address, and account title for every client that the RR personally serviced at the firm, subject to certain limitations. And, assuming the RR complies with the Protocol, including the resignation procedure, and transitions to another Protocol firm, the Protocol allows the RR to solicit this limited set of former customers without threat of lawsuit arising from non-solicitation agreements.

The Past is About to Repeat Itself: Expect More Litigation

Over the years, the Protocol had limited the number of injunction lawsuits seeking to enjoin departing FAs from soliciting any of their former customers. With UBS, Morgan Stanley, and Citigroup exiting the Protocol, and others likely to follow, the industry should expect that the number of injunction lawsuits will rise greatly.  Indeed, soon after exiting the Protocol, Morgan Stanley filed three injunction actions against departing FAs, one in New Jersey, another in Florida, and one in Illinois. Morgan Stanley is sending a clear message to its FAs and competitors – Morgan Stanly intends to enforce all post-employment non-solicitation agreements.

Customers Are Caught in the Middle

Where does that leave customers?  That does not seem to be a concern, despite FINRA rules intended to protect freedom of customer choice:

(1) FINRA Rule 2140, which precludes a member firm from “seeking a judicial order or decree that would bar or restrict the submission, delivery or acceptance of a written request from a customer to transfer his or her account”, and

(2) FINRA Rule 2010, which requires a member firm to “observe high standards of commercial honor and just and equitable principles of trade.”

All that being said, the FA recruiting environment is now a veritable minefield. It is more important than ever to carefully review FA recruit employment agreements, consult with legal counsel, and plan ahead in order to adopt policies and procedures to avoid unnecessary and costly litigation.