Sell, Scale, or Slip Away: The Entrepreneurial Fork in the Road 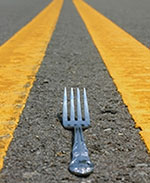 Most companies are started by salespeople. The ability to sell a product or service is critical to sustaining a fledgling company, after all, and without it few businesses can last long. But while the skill of the salesperson is a necessary ingredient for success, it’s not sufficient. Companies focused only on selling inevitably hit a wall after growing their headcount and revenue so far. Just one out of five companies lasts even five years, and the select group to get that far can proudly say they have advanced beyond the survival stage of their life cycle. Their accomplishment, however, places them in territory where salesmanship alone won’t do, and where entrepreneurial wisdom becomes vital. As a consultant to emerging businesses, I’m consistently struck by how quickly in an organization’s trajectory the exercise of that wisdom becomes necessary—and, frequently, makes all the difference in the fate of a company.

Sooner or later, the success of high-achieving entrepreneurs propels them to a fork in the road. At this place, they must decide among three different paths: selling the company, scaling it through the creation of operational plumbing, or slipping into the abyss. Many entrepreneurs to reach this point have chosen wisely, a handful of them going on to build historically significant businesses. Many more have unwittingly taken the last option, driven to failure by insecurity, an unwillingness to relinquish control, or an inability to navigate their hyper-competitive marketplace.

It’s impossible to say any particular choice is right or wrong in the abstract, even the last one. There is no shame in slipping into the abyss after having done your best—sometimes things just don’t work out. For business leaders, more important than the specific choice is knowing the answer to two questions:  What is the reason motivating our choice among these paths?  And is that reason a defensible one?

If a company fails due to a turn of fortune beyond its control—a market disruption or an unforeseen impact on its supply chain—its leaders can hold their heads high, having gambled and lost where others have won. Slipping into the abyss is less forgivable when the reason behind it is a failure of leadership. Being daunted by the challenge of installing the operational plumbing necessary for growth, for instance. Or a simple contentment with the status quo. It’s a common affliction that leads to declining margins, the loss of talent, and  problems that cannot be resolved without the guts and communication skills necessary to implement a turnaround, which few entrepreneurs possess.

Selling is a tempting alternative in the current climate, with prices high and money readily available. This path too, however, should be taken only for the right reasons. An entrepreneur who is burnt out, facing health problems, or has a family need to cash out may do so with a clear head. The far greater percentage of potential sellers simply lack the stomach for building operational plumbing. They should ask themselves where that lack of will comes from. Perhaps they are reflexively adhering to lessons learned from Depression-era parents, loathe to spend the money needed to scale a business. Perhaps they are secure enough to acknowledge to themselves that they will never have the capacity to lead a larger organization.

Whatever the reason for the decision, those self-aware enough to identify it and evaluate it do themselves a great favor. Indeed, it’s hard to overstate how much is at stake for entrepreneurs and their employees in the choice among paths. Because those who choose to scale their businesses and do it successfully will have the opportunity to sell for a far greater return, on their own terms, and at a time of their own choosing, rather than one being forced on them by the fork in the road.

It demands courage to scale a business rather than sell it, but the rewards are immense. It’s worth asking, then:  Can the salesman morph into an operational leader? Can the entrepreneur hire people who are smarter in certain specific areas than he or she might be? A smart leader knows that if they are the smartest person in the room in all areas of their business, it is time to get a new room. Getting that new room—putting the right people in place for growth—can be the most challenging aspect of leadership; it is also the most interesting and satisfying.

An entrepreneur with self-awareness can make the right decision whether to sell or scale. Those tempted by the path of least resistance can choose to challenge themselves. Those tempted to act of fear can be bold. Those who don’t have the skills can obtain the talent. And those who neither sell at the right time or scale are very likely to slip away into the abyss.