Is Refund of State Imposed FIRPTA Tax Subject to US Federal Income Tax? 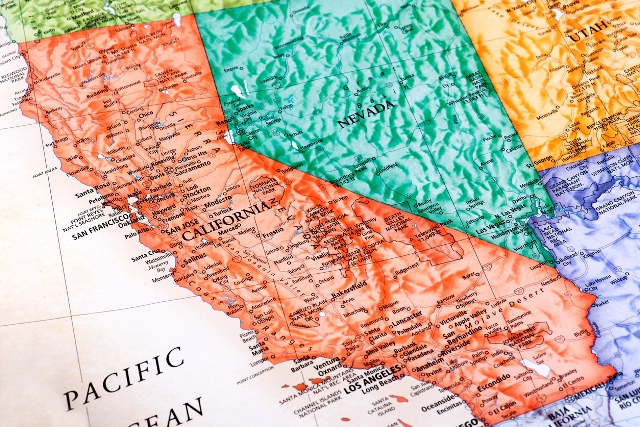 Exploring the Boundaries of the Tax Benefit Doctrine

This article addresses the US federal income tax treatment of a refund of a state imposed FIRPTA tax.

If a foreign person sells stock in a US corporation and such corporation owns real property in California, the state of California may attempt to impose a FIRPTA tax on such sale of stock at the state level.  It is possible that the foreign taxpayer may be able to achieve a refund of such tax by challenging the legitimacy of such tax.  The US federal income taxation of the refund may depend upon the timing of a payment of the tax and a refund of the tax from the state as well as the application of so-called tax benefit doctrine and income tax treaty analysis.

There is authority to support an argument that the state of California lacks jurisdiction to tax a foreign taxpayer’s gain on the sale of stock of USRPHC if such taxpayer lacks nexus with the US.  For example, California law generally provides that a foreign corporation should only be included in a California Water’s Edge tax combined report if the foreign corporation has taxable nexus with the US.

The payment of the contested income tax to the state of California in the tax year of the sale can generally be treated as a deductible expense that can be used to offset a foreign taxpayer’s FIRPTA gain for US federal income tax purposes.  Pursuant to section 164(a) of the Internal Revenue Code, the character of a state income tax deduction should be treated as an ordinary deduction.

Conversely, if a foreign taxpayer does not pay the tax to the state of California, and has to make a  subsequent payment to the state of California (as a result of a judgment or a settlement), it is possible that such expense may not be used to offset the FIRPTA gain for US federal income tax purposes.  For example, a net operating loss can generally only be carried back two years.  A current year deduction after the two-year period would have no value to a foreign taxpayer who does not generate taxable income in the US.

The tax benefit doctrine generally provides that where an item deducted by the taxpayer in one year is recovered by the taxpayer in a subsequent tax year (after the statute of limitations has expired for US federal income tax purposes), the recovery must be included as taxable income of the taxpayer in the tax year in which the recovery occurs.   Under the tax benefit doctrine, the “character” of the recovered income as ordinary income or capital gain follows the character of the prior deduction.  The Arrowsmith doctrine (named for the US Supreme Court decision in Arrowsmith v. Commissioner) similarly provides that the character of a gain or loss transaction is to be determined by the character of the gain or loss recognized on related transaction in a prior tax year.  In applying the tax benefit doctrine, regard should be given to the nature of the prior deduction itself (as ordinary or capital) rather than the character of the income that the prior deduction was offset against in an earlier year.

There is authority under the so-called tax benefit and Arrowsmith doctrines to support a position that the “character” of the state tax refund (which was treated as an ordinary deduction for US federal income tax purposes in an earlier tax year) is to be treated as ordinary income in the year of the refund.

For example, in PLR 200814019, the Internal Revenue Service (IRS) addressed whether the recovery of an item can be characterized as a type of income the deduction was taken against in the prior tax year.   In this ruling, a regulated investment company (RIC) deducted overcharged transfer agency fees.  The IRS treated the recovery of such fees in a subsequent tax year as ordinary income, but declined to characterize the income with reference to different types of income that the ordinary deduction was offset against in a prior tax year.

Accordingly, an argument can be made that the character of the state imposed FIRPTA tax refund should be treated as ordinary income and not treated as capital gain (nor as gain from the sale of the stock of a USRPHC) for US federal income tax purposes.

Depending upon the tax residency of the foreign taxpayer, the income tax treaty between the US and the foreign country where the foreign taxpayer resides may exempt such ordinary income from US federal income tax provided that the foreign taxpayer does not have any nexus with the United States (beyond the mere holding of stock in the USRPHC).  For example, if the selling taxpayer resides in the UK, there is authority under the US-UK tax treaty which supports the position that the refund payment should be treated as “other income” under Article 22 of US-UK income treaty.  Such income is generally not taxable under the US-UK tax treaty.  The same type of argument can be made under a number of US tax income tax treaties with other countries.

The fact that a taxpayer may be able to reduce its US federal income tax liability when it receives a state tax refund (because is exempted from taxation by a US income tax treaty) should not change the result that the refund is characterized as ordinary income under the tax benefit doctrine.

The tax benefit doctrine seeks to achieve a rough parity in the context of the annual accounting system.

The purpose of the tax benefit doctrine is not to achieve a precise balance in the amount of tax reduction achieved in a prior year with an amount of a tax increase in a recovery year.  To be sure, the tax benefit doctrine has been applied in cases where the tax rate in a recovery year is more or less than the tax rate in the tax year in which the tax benefit was realized.  (See, e.g., Hillboro National Bank, 460 U.S. 370(1983) and Alice Phelan Sullivan Corp., 381 F.2d 399 (Ct. Cls. 1967).

If you need support for the authority set forth above or if you have a question on state tax or international tax issue, please contact John Buckun at 312-476-7515.

Information in this article is not intended as legal or tax advice to any person. All readers must rely on their own legal and tax advisors. Tax law is also subject to change and the IRS may not agree with the conclusions reached in this article.