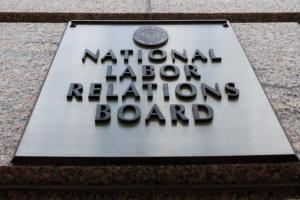 Late last week the NLRB issued its long awaited decision in Browning-Ferris Industries – drastically expanding who may be considered a “joint employer” under the National Labor Relations Act (NLRA).

In Browning-Ferris, the company (“BFI”) had contracted with a labor services company – Leadpoint – to provide workers for BFI’s recycling plant.  The Leadpoint employees were hired and supervised by Leadpoint supervisors.  Their schedules were set by Leadpoint schedulers.  Any discipline was determined by Leadpoint managers.  However, under its contract with Leadpoint, BFI set requirements for candidates and retained the right to refuse or discontinue use of any employee.  Also, because of how the facility worked, BFI set the hours for the various shifts (though Leadpoint determined which workers would work each shift).

The Teamsters decided to organize the Leadpoint workers at the BFI facility.  However, instead of filing their petition for representation solely with regard to Leadpoint, the Teamsters filed their petition also naming BFI as the employees’ employer, on the theory that Leadpoint and BFI were joint employers and, as a result, that BFI could be required to negotiate the union.

The Board agreed with the Teamsters, holding that BFI was a “joint employer” of the Leadpoint employees.  As a result, the union was permitted to move forward with its petition.

In its decision, the NLRB rejected the prior test for joint employment – which required that an entity not only possess the authority to control employees’ terms and conditions of employment but also exercise that authority in a meaningful manner – and set a new rule:  that indirect or reserved authority, even if not exercised, can be sufficient to establish a joint employment relationship.  In other words, a company that reserves the right to set qualifications, to require that certain candidates or workers not be used, or to dictate other “terms and conditions” of their staffing company’s employees’ employment may be deemed to be the employees’ joint employer, even if the company never actually took any of those actions.

This ruling has raised concerns across the board, and particularly in the staffing world.  Is this ruling going to materially change the staffing industry?  Probably not – especially given that less than 7% of the private sector is unionized.  However, there are some steps that staffing firms should take in light of the Board’s decision:

It remains to be seen what changes the Browning-Ferris case brings, if any.  But in the meantime, staffing firms will be well served by opening the lines of communication on this important issue.