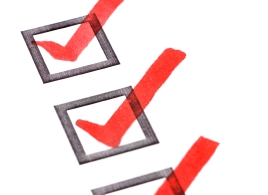 Each year, LP’s Labor & Employment Practice Group is pleased to provide a short checklist of steps that all companies should consider taking to measure their readiness for the coming year. We hope that you find our 2017 Labor and Employment Law Checklist to be a helpful guide to best practices for the year ahead.

Download the checkable PDF here. Print it out for yearlong reference, or get started right away and enjoy the satisfaction of checking some very important items off your list.

If you found this checklist helpful, subscribe to our blog. You told us you want timely employment law updates that are easy to read, access, and search—and we listened. For concise, practical updates on the developments that impact you and your business, please subscribe at http://lpemploymentlaw.com.